It will be a year packed with sports…Olympic year, Euro, Copa América, NFL, Box, Tennis, MLB and lot more…Here is a list of the challenge’s athletes, countries and sport teams will face around the world.

1.- Messi: One more Champions and finally a trophy with Argentina

Barcelona hasn’t won the Champions League since 2015, for a club his size is just too much time; the big challenge for “La Pulga” is to guide the culés to win another ‘Orejona. On the other hand, Messi will have a new chance with Argentina who will host Copa América alongside Colombia, to finally win something with them. It is his biggest debt.

2.- Federer and Nadal will carry on with their battle.

They are the greatest rivals, but they respect, recognize and praise each other. 2020 can be a memorable year for tennis, Rafael Nadal will try to catch Roger Federer in Grand Slam titles. The 38-year-old Swiss has 20 ‘Majors”, while the Spaniard has 19 with his title in last year’s US Open. There are both legends already, but they can sure grow their legacy a bit more.

María del Rosario Espinoza and Paola Espinosa are two of the greatest Mexican athletes; they will finish their brilliant careers in powerful way, in the Olympics Games of Tokyo 2020. 32-year-old and three-time medalist María will try to earn a fourth metal, while Paola, the first Mexican athlete to win medals in two different Olympic editions will also say goodbye this year.

4.- Cristiano and a sixth Golden Ball

He has been part of football’s greatest rivalry in the decade along with Lionel Messi, who in December beat him to get his sixth Golden Ball, while Cristiano has five. The Portuguese is about to turn 35 and if in this season he can win the Champions League with Juventus or has a good tournament in the Euro, he could be a frontrunner for the price.

Even though he has won important fights, his career has evolved in a sea of doubt and almost no trust. Saúl Álvarez made history on 2019 when he became the fourth Mexican to win four titles in four different divisions. However, something has happened with the connection between him and the fans, and this is why he is not recognized as a champion. This year his best and definitive strike could happen so he can convince everyone he is one of the greatest.

After the loss to the Tennessse Titans, Tom Brady still has things to prove according to him. The 42-year-old will come back with the Patriots for his 21st season in the NFL. His main challenge is to show everyone he can still do it. After this season’s fall to the Titans, and after recognizing he was responsible for the defeat, there was speculation that the six ring Super Bowl winner could retire. But fans and haters can be at peace, he will come back at least for a year.

7.- Chivas must end their crisis

It’s five consecutive seasons where Chivas hasn’t made to the Playoffs, something that would seem farfetched for one of the two most important teams in Mexican football. That is why Chivas is doing everything and anything to come back in this Clausura 2020. Ricardo Peláez arrived as Sports Director and with him room in the budget to hire new players. Under Luis Fernando Tena, the team has the objective of not only making it to the Playoffs but to fight for the title and bring their greatness back.

Alongside Lionel Messi and Luis Suárez, Neymar was a part of football’s must productive trident in history; until the Brazilian decided to go to PSG where things haven’t been what he expected and since last year he is trying to get back to Barcelona. Summer 2020 will be key in all of this to know if the ‘MSN’ will work together again.

In London 2012 Mexican football got the most important trophy of its history, the Olympic Gold Medal that Mexico’s U-23 team won. However, four years later the team failed and said goodbye after the first round. The challenge this year is to first earn a spot in the competition, something that is doable considering the Qualifier will be in Guadalajara. The bigger challenge for Jaime Lozano and his team will be to do something big in the Olympic tournament.

UEFA decided to celebrate Euro’s 60th Anniversary by organizing a tournament with different venues in this 2020 edition. So, the party will start in different places of Europe, as there 12 host cities. Wembley will be the main stage for a big Final that 24 teams will fight for and where Germany, Spain, Italy, the Netherlands, Belgium, France, England and the defending champions, Portugal are candidates.

11.- Alexa Moreno, time to show what she’s made of

Born in Mexicali, Baja California, Alexa became known in the Olympic Games of Rio 2016, where she finished the individual All-Around in place 31 of 59 competitors, yet here performance wasn’t the most relevant subject, as she was criticized for the way she looked. She rested, made a pause and came back stronger: she became the first Mexican to be in a podium in Artistic Gymnastics World Cup, where she got the bronce in Doha, Qatar in 2018, behind Simon Biles and Shallon Olsen. Tokio 2020 is her chance to show what she’s made of and hopefully get a medal in the Vault, her specialty.

He is already one of the greatest to play the game, a giant that hasn’t breaking record after record since he arrived at the NBA in 2003. He became the only player in history to get 30 thousand points, 9 thousand rebounds and 9 thousand assists. Right now, in his second season with Lakers and with the arrival of Anthony Davis they are again title candidates. Now ‘The King’ wants to be the leading scorer of all time, a record that belongs to Kareem Abdul-Jabbar with 38 thousan 387 points over 20 seasons. This will hardly happen in 2020, but Bron can start setting the path already.

With this team, every start of the season has been the same thing for 22 years, they dream, and they beg for their title less streak ends once and for all. They have good players, but their management are their worst enemy. No matter how many bad decisions they have made, they keep wielding the power with no football idea. With Robert Dante Siboldi, or any other coach, with few or many new players, Cruz Azul reality will hardly change while the Álvarez brothers and Víctor Garcés continue to command the team.

In Rio 2016 Olympic games, the Mexican delegation got five medals: three silvers and two bronzes. For Tokyo 2020, the president of Conade, Ana Guevara has set the bar very high for the tricolor delegation, she stated that the objective is to get 10 medals. Diving, Taekwondo, Target shooting, Box, March and Gymnastics are the disciplines where Mexico could have a chance with a team that will have over 100 athletes.

It’s true that the Merengues won just a few days ago the Spanish Supercup, the first available title of the season. But besides this and fighting always in the Champions League, Madrid must end Barcelona’s domination in La Liga where they have taken eight of the las 11 trophies. The Whites have only won the Spanish title twice in this decade so it wouldn’t be a bad idea to take the title form their biggest rivals.

The American is considered one of the greatest golfers of all time and now he has the big objective of being one of the top American players by June 22th. He has to be in the Top 4 of the Olympic ranking so he can go to Tokyo. Tiger had a huge comeback in 2019 winning Augusta Masters and then the ZOZO Championship, so his idea of being in Tokyo isn’t that crazy.

Champions League reigning champions and to many, the best team in the world right now is closer than ever of winning the Premier League. They won their last title in the 1989-90 season when the Premier League didn’t even exist. Today, with a huge pace and with a 10-point advantage over Manchester City, everything looks like Klopp and his boys will be champions.

Michael Phelps, the most important Olympic athlete of all time will not be in Tokyo 2020. The 28-medal winner said last year that he wouldn’t come back. The inevitable question that rises is if anyone else will come up as the new star. Another giant that we won’t be seeing is the Jamaican star Usain Bolt, a true show in the stadium and Olympic multi medalist.

In 2019, Sergio Pérez ran his ninth season in Formula 1, which in words of the pilot was the most difficult in his career when in the first 12 GPs he only got three points. Nevertheless, Checo and his “Racing Point” team have a clear objective, fight for Top 5 of the teams, which would allow Checo to be in the pilot’s Top 7. Another unchecked box for the driver is to finally win a GP, let’s see if that happens.

There is no stopping the growth of women’s football around the world and Mexico is no exception. Since the League was created, the evolution has remained constant, even bigger than expected. Almost every team is very comitted and have been very serious about the tournament, with big assistance to the stadiums. There is a lot to be done, still. Better wages for the girls, more recognition and presence.

PrevPrevious PostOribe Peralta scores again after 496 days without a goal
Next PostCuauhtémoc Blanco: The governor who buried the national heroNext 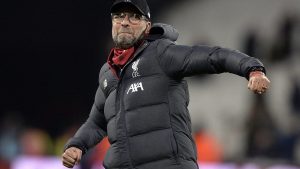 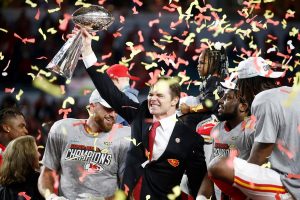 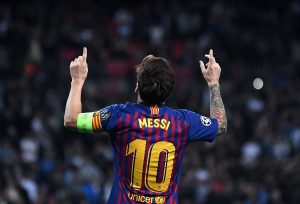 Messi and his 500 wins for Barça

You can find out more about which cookies we are using or switch them off in settings.

This website uses cookies so that we can provide you with the best user experience possible. Cookie information is stored in your browser and performs functions such as recognising you when you return to our website and helping our team to understand which sections of the website you find most interesting and useful.

Strictly Necessary Cookie should be enabled at all times so that we can save your preferences for cookie settings.

If you disable this cookie, we will not be able to save your preferences. This means that every time you visit this website you will need to enable or disable cookies again.